Over a decade ago, a mysterious person by the name of Satoshi Nakamoto created Bitcoin, the first-ever cryptocurrency and decentralized digital coin. A year after, the blockchain was launched and just over a week later, the first transaction took place, making history and forever changing the world of finance.

Fast forward to 2021, and the cryptocurrency market has grown enormously, with altcoins getting introduced regularly as more and more people take interest, resulting in numerous crypto trading exchanges in the U.S., most of which are fully regulated and licensed by the government.

As the first ever crypto, Bitcoin has and continues to dominate the market, even becoming the “gold” standard for decentralized finance. However, the coin has also seen its fair share of volatility like any other digital currency, with prices going up and down over the years. Still, the fact that it now accounts for nearly 70% of the whole crypto market means that it remains the top crypto you need to watch out for.

Whilst Bitcoin is just a cryptocurrency, Ethereum takes the idea a step further by being a decentralized network that allows developers to make their own crypto within. Launched a few years after some crypto, Ethereum still managed to trail behind Bitcoin in regard to market capitalization, making it one of the most talked about cryptos in the last few years.

Unlike other cryptocurrencies, Tether is a stable coin, meaning that it’s backed by actual fiat currencies like U.S. dollars and Euro. This makes it extremely appealing to investors who are wary of how volatile crypto can be, as well as those who are still not that familiar with digital coins in general. In theory, Tether’s value is supposed to be more consistent than other altcoins because of its backing. You also try other stable coins like the META 1 coin, which is backed by gold.

If you’re worried about crypto-mining using up so much energy, then take a look at Cosmos, which has a very low carbon footprint compared to other networks. Additionally, the team behind Cosmos has also secured more than $120 billion in digital assets thanks to The Cosmos Hub, which lets sovereign and independent blockchains to either transfer assets or communicate with each other via the Inter Blockchain Communication (IBC). Moving forward, Cosmos plans on adding more services to the hub, such as network-specific decentralized exchange of its own.

Initially started as a joke to poke fun at people investing in crypto, Dogecoin has since found incredible success, with its price surging more than 13,000% this year because of Tesla CEO Elon Musk and the previous Gamestop incident. At the time, the price made it the fourth-largest crypto by market cap. Since then however, the price has fluctuated and Dogecoin’s value remains less than a dollar. Still, Dogecoin’s extreme volatility and the supportive community behind it warrants the cryptocurrency a spot on your radar.

Zoolz Vs Carbonite Vs Mozy – Which business cloud backup service is right for you? 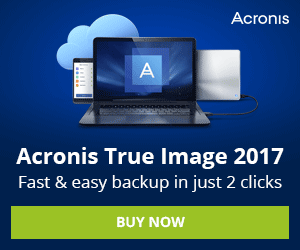