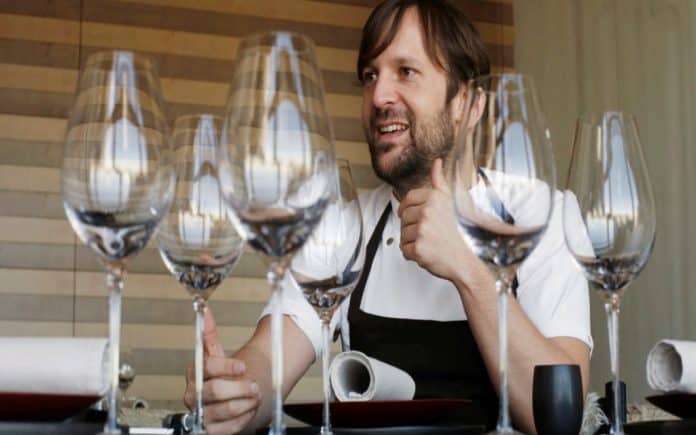 The Danish restaurant “Noma”, which has won the “Best Restaurant in the World” award several times, intends to end its journey by the end of next year (2024), as it plans to turn into a “giant” laboratory for food innovation and development.

The famous restaurant published a statement on its official website, Monday, January 9, 2023, stating that it is in the process of opening a new chapter, to transform the restaurant into a “pioneering” laboratory and test kitchen dedicated to making food innovations and developing new flavors, in order to share the fruits of those “efforts” with others. wide range.

The acclaimed Chef Rene Redzepi, honored with a knighthood from the Queen of Denmark herself, addressed all supporters and regulars of “Noma” about an important change: “Evolution is essential. Come 2024 wintertime, Noma shall no longer remain as we have known it; rather begin anew to its 3.0 format”.

Noma 3.0 is a pioneering project that doesn’t limit itself to merely being a restaurant; the goal of this venture involves exploring and creating various projects, products, and ideas–shifting from customer service being its only defining characteristic. We want to create an organization where employees can learn new skills, take risks and excel within their field without limits or boundaries; in essence becoming more than just another restaurant team!

The best restaurant in the world

In 2003, in the core of Copenhagen, Denmark was born a restaurant that serves a variety of delicious and creative dishes. From grilled reindeer heart with fresh pine nuts to saffron ice cream nestled in beeswax bowls – there is something for everyone at this remarkable eatery!

For four consecutive years, the renowned British food magazine “Restaurant” deemed Copenhagen’s Noma as the world’s best restaurant. Despite being overtaken by a different establishment in 2019, it is expected that this prestigious eatery will reclaim its crown in 2021.

It is noteworthy that “Restaurant” magazine publishes an annual list of the 50 best restaurants in the world, based on the votes of 837 chefs, restaurateurs, critics and gourmets.

The three Michelin-starred restaurant, Noma, isn’t only beloved for its environmental friendly practices and seasonal ingredients; the menu also changes to feature unique dishes crafted from fish and meat with each new season.