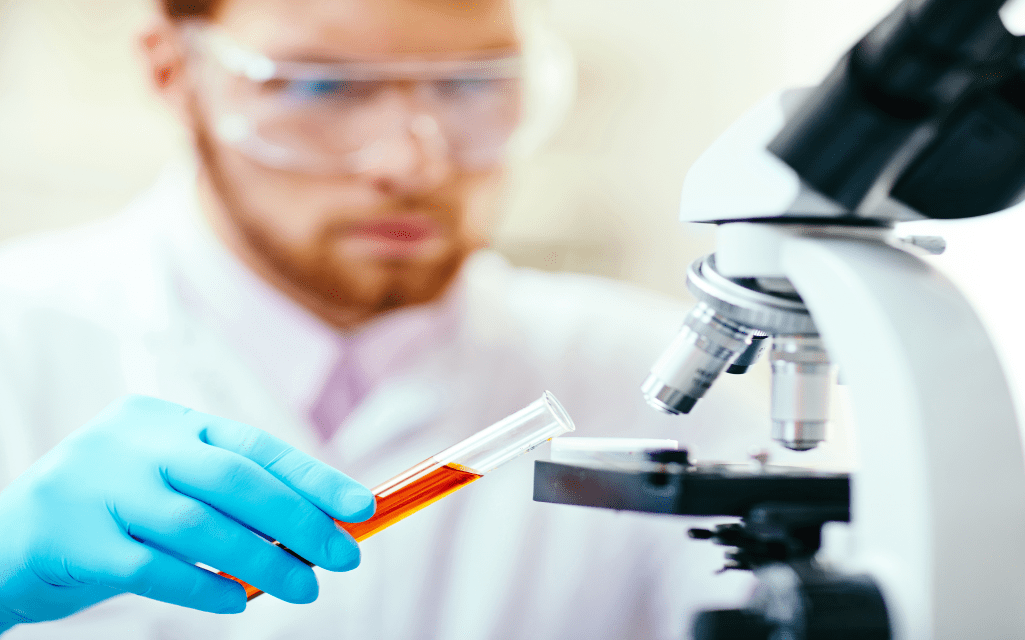 Medicines are everywhere. Is there anyone who has taken no medicine (or anything having medicinal effects on body) in his lifetime? Not in my knowledge. But human medicines often have bizarre, unexpected, dangerous, often funny effects on animals other than human. Here are 10 of the most common medicines that have unusual effects on species other than Homo sapiens.

10. Vulture Vanish Due To Diclofenac

A single drug made the total Indian vulture population about to get extinct. Diclofenac, also known as Cataflam® or Voltaren®, is a painkiller and is also used in the treatment of rheumatoid arthritis in human. After introducing diclofenac in 1990 in India, this drug was widely used in cattle for pain relief. Those farmers and drug sellers had no idea what was about to happen. When castles die, vultures eat them. Indian vultures were dying after eating diclofenac treated dead cattle without even being noticed! This drug results in fatal kidney failure in vultures. All three species of Indian vultures (Gyps bangalensis, Gyps indicas and Gyps tenuirostris) were classified as critically endangered in 2000. In United States, diclofenac is not given to animals. But in South Asia, mostly India, it is given to the cattle due to its low cost. This vanish also threatened the after death ritual of Zoroastrians, who keep their dead bodies to be eaten by vultures. The good news is, after banning diclofenac in 2006 in India, the vulture population is showing some increase. 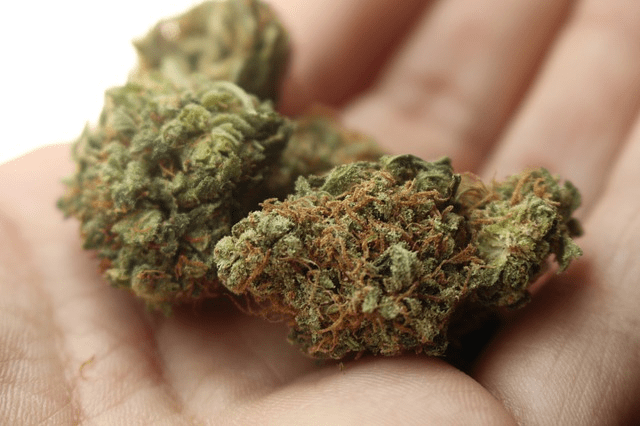 9. Dogs And Marijuana Do Not Mix Well

Did you know that, marijuana is used as a medication other than recreational uses? Tetrahydrocannabinol is a compound found in marijuana. The pharmaceutical formulation of this compound is dronabinol, which is used in US and some other countries for reducing nausea and vomiting in people undergoing chemotherapy. Dog owners, who use marijuana, often have to confront situations when their dogs try to taste their masters’ weed, which definitely fail to make them high. Rather it makes lethargy, wobbling gait, urine dribbling and saliva secretion in dogs. Marijuana also makes them overreacting to light and sound. The treatment can take a couple of days until the dogs clear. Vets report that the dog owners can’t stop laughing in the exam room. But the situations are certainly not funny for the poor dogs.

The most heartbreaking one in this list from pets’ perspective might be this one. Chocolates are highly toxic for pets, especially dogs. Although the toxicity level for cats is much lower than dogs, dogs are more susceptible to chocolate. The reason behind this is, cats are unable to taste sweetness, that’s why they tend to eat fewer sweets! The major ingredient in chocolates is cocoa beans, which contains a chemical called theobromine. Dark chocolate or unsweetened Bakers chocolates contain a lot more theobromine than other ones. In human, cocoa acts as a very good prebiotic. It gets fermented by gut bacteria and improves vascular function, insulin sensitivity, and lowers blood pressure too. But in pets, theobromine is metabolized very slowly and results in toxicity. The symptoms are diarrhea, increased heart rate and vomiting.

In a rainy winter week, it is common top be a little depressed, right? If that’s true for humans, why not for penguins? Humboldt Penguins at the Scarborough sea life sanctuary in North Yorkshire were facing depressing episodes due to odd environment. To cope up with windy and rainy environment, they were administered with antidepressants or pick-me-up drugs. Interestingly, this was not their first depressing event. Once before, when there was a break in at their enclosure, they became very sad and had to take antidepressants. According to the sanctuary administration, the penguins were “fed-up” and miserable much like the humans. They were from the wild coasts of Peru and Chile. It seems like South American penguins are torn up easily!

Coral reef fishes are diverse in color, shape and habit. Think of Finding Nemo or Finding Dory (did I miss their cuteness?). But one common thing among some of these cute fishes is, they become very aggressive when intruders attack them, or hover around their territory. Blueheads, Siamse fishes are among those. In a number of laboratory experiments like this, it is now clear that, the drug fluoxatine plays a great role in reducing this aggressiveness of coral reef fishes for intruders and fishes of their own species. In human, Fluoxatine is used as an antidepressant, also known as Prozac®. This drug accelerates the release of serotonin in the brain. Serotonin is the neurotransmitter that helps the brain to calm down. Sometimes fishes need to be cool too! 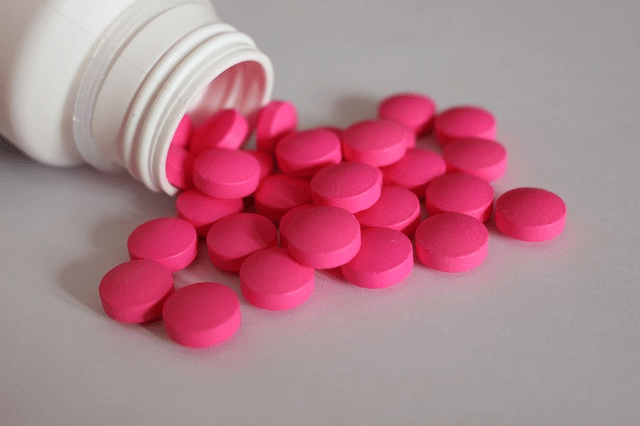 Ibuprofen is the drug used for treating pain, fever and inflammation in human. This drug, commonly named as Advil®, show high toxicity to the pets. It’s quite common that, pets take ibuprofen from the nightstands out of their curiosity. For human, ibuprofen is available in 200 and 400 Milligrams tablets. But, just 200 Milligrams are enough to produce toxicity in cats or small sized dogs. Ibuprofen, like other Cox inhibitors has destructive effect on mucosal layers of gastrointestinal tract and kidney. Therefore, the effects on the pets are ulcer and kidney failure. Many often, pet owners give their pets Ibuprofen for pain relief without even knowing about its adverse effects. This doctor almost killed her dog when she gave her Advil®.

Diazepam, also known as valium® is a drug of sedative hypnotic class. It is used in human to treat a wide range of psychological disorders such as anxiety disorders or sleep disorders to produce calming effect. Keeping that in your caring mind, if you give diazepam to your “depressed” cat, chances are, she will ask for a sandwich too! Because, diazepam increases appetite in cats. Diazepam is a long-acting medicine of benzodiazepine class, which enhances the activity of the neurotransmitter – get ready for this mouthful – gamma aminobutyric acid (GABA), which makes your hyperactive brain and muscles to “cool” down. But diazepam, like most other sedatives, increase appetite as a side effect. Although diazepam makes cats sleepy (cats too have brains and GABA there!), it is widely used by cat owners when their little tigers refuse to eat.

Estrogen is a female hormone. Synthetic estrogen is common in birth control pills. But women on birth control pill secrete synthetic estrogen with urine that often gets mixed with municipal waste water. When estrogen rich water gets mixed with lakes, it changes the sexual behavior of male fishes. Estrogen makes them produce eggs in there testes! They also lack in their production of sperms. Scientists are calling this phenomenon endocrine disruption. This incident is happening in a number of lakes worldwide. And with a number of experiments like this, scientists are now sure that, estrogen from birth control pills and some other chemicals such as the plasticizer bisphenol A, and the herbicide atrazine are responsible for intersex in fishes. Estrogen triggers the production of a protein vitellogenin, which is involved in producing egg yolk and is normally turned off in male fish. This hormonal disruption is occurring worldwide in a number of aquatic animals such as alligators, turtles and frogs. 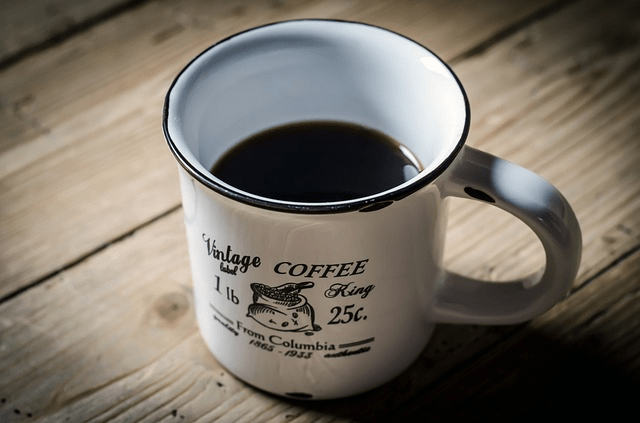 Caffeine, without any doubt, is the most consumed substance in this list. Caffeine is abandoned in coffee, tea, chocolate and energy drinks. In humans, it acts as a central nerve stimulator and often used to treat headache and migraine. It is used with a number of other drugs such as acetaminophen or aspirin as combination drug therapy.  But when given in spiders, caffeine successfully alters some cognitive performances in them. The spiders lack the ability to build their houses. Numerous experiments show that when spiders are administered with caffeine, they build their webs irregular, random, with no center, which eventually lacks the power of catching flies. Sad for spiders, they get high on coffee!

Paracetamol is one of the most widely used medicines worldwide. Chances are, you know it with its brand names Tylinol® or Calpol®. If you are a yellow tree snake and reading this, be very afraid of this widely used analgesic and antipyretic. The western Pacific island Guam is always full of yellow tree snakes. The U.S. Department of Agriculture (USDA) conducted an experiment in Guam, where around 2000 mice were airdropped from helicopter in the island. Those mice were dead and poisoned with paracetamol. With the little cardboard and tissue parachute, dead mice were hanging in the trees. That day yellow tree snakes of Guam had a nice meal before having a coma following death. Why? Paracetamol is highly lethal for snakes. About 80mg of this drug is enough to kill a yellow tree snake where the standard dose for human is 500mg. The program in Guam was designed to eradicate only the Nemesis of Guam, Yellow tree snakes; not to bother any other inhabitants of the island. That’s why they were hung from the tree branches.

The richest pet in the world! One of them has a fortune estimated at half a billion dollars!