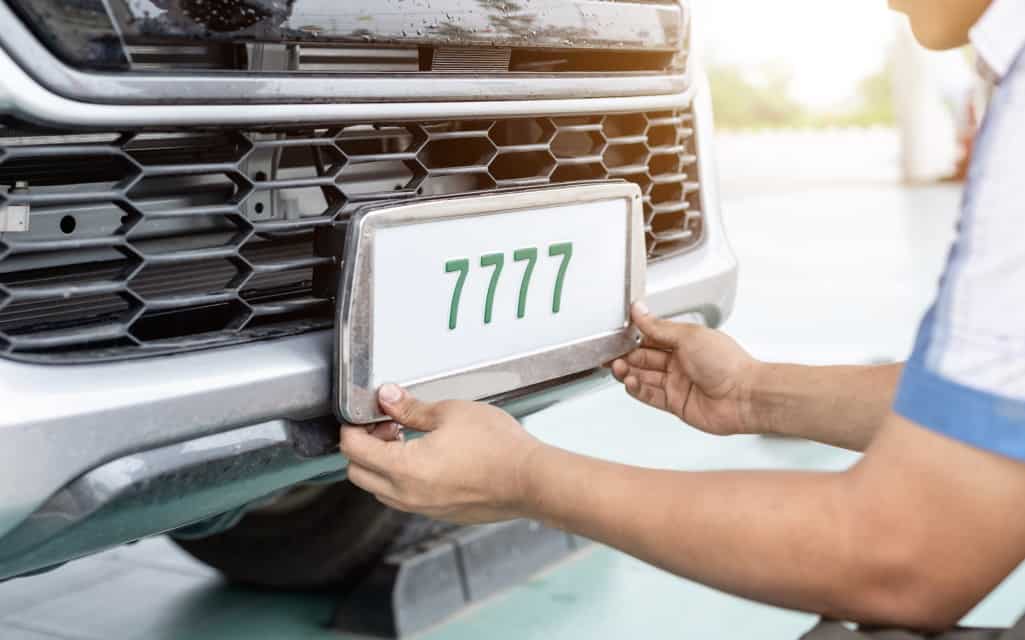 Having a personalized number plate gives you as the owner something special, unlike other common number plates. You gain uniqueness on the road, a thing that is difficult to achieve in the age of mass production and generic car brands. The number plate helps you to stand out, get recognized and make your vehicle personal within the confines of the DVLA conventions. Many individuals who have not thoroughly investigated private reg plates believe that they are the preserve of the wealthy, something that you can only purchase when you are a millionaire. However, the truth is that it is not a must you be exceptionally rich for you to buy the vast majority of number plates. Number plate customization is affordable. Check out this marketplace for number plates for sale to get you a personalized one – Plate Sales.

Initially, there are so many reasons why people go for private or personalized number plates. Most people indeed buy them for status, but they also purchase them because of the love of motoring, and the innate desire to be recognized easily while they are out and about. Some even buy them because they are geeky about how the DVLA regulates the order of letters and numbers, trying to find new and unusual combinations that other people have not thought about. One thing for you to note about personalized number plates while planning to buy one is that these plates come with different charges higher than the common number plates and depending on the type of plate you want. Some plates are charged higher based on the number of letters used.

The most basic personalized registration plates are those keeping the current two letters, two numbers, and a format of three letters. This kind of plate goes with around $150 to $350. For example, if the owner’s name is Kim, he can have the plate registered as BA41 KIM or for Tom, BV61, TOM. The upper level is those plates where the triple letter combination is fixed at the beginning and not at the end and it comes with a single letter suffix. An example in this case, under the name Kim Smith you may choose the legislation plate for your vehicle as KIM 200J which would be used to mean that Kim Smith was born in February 2000. For triple letter prefixes, the registration of the plates varies in price substantially, but they usually range from $200 – $600 based on the popularity of the triple letter combination.

Read More: What are the 5 best selling cars in the UK?

If you want to upgrade even further, they can choose a number plate that does not go with any prefix year letter, but only the year number. For example, you may choose a combination like 4 KIM or 6 TIM, if your name is Tim. The price for these kinds of the personalized registered plates sells in the region of $500 to $60,000 of which depends on the rarity, relevance as well as desirability. Beyond this level, plate legislation becomes exceedingly rare. It comes with double combinations of suffixes, and with a single preceding number like 2 FP. These are ideal for individuals who want to use their plates centered on their initials as well as for those who want to succinctly represent a business, an idea, or even a place. These plates are very expensive and depend on the owner’s type of modification. But single-letter suffix plates with multiple preceding numbers are even more expensive.

At the top of the price hierarchy, there is the single letter prefix combination such as B 12 or H 54. These classes of plates are usually reserved for those vehicles that are considered highly expensive and classic though you can even put them on a regular car. The price for these personalized number plates is stratospheric. Note that for a basic variety of single-letter prefix and double number prefix, the registration fee may set you back to $15,000 and the most expensive go for up to $500,000. You can choose to personalize your number plate based on any of these available customizations and depending on your budget.

When Rubber Meets Road: 5 Ways to Sell Your Car Fast

Will You Be Shopping for Another Vehicle Soon?

Traversing the World: The Ultimate Guide To Custom Motorcycles

Car Maintenance Tips To Know In Different Types Of Weather