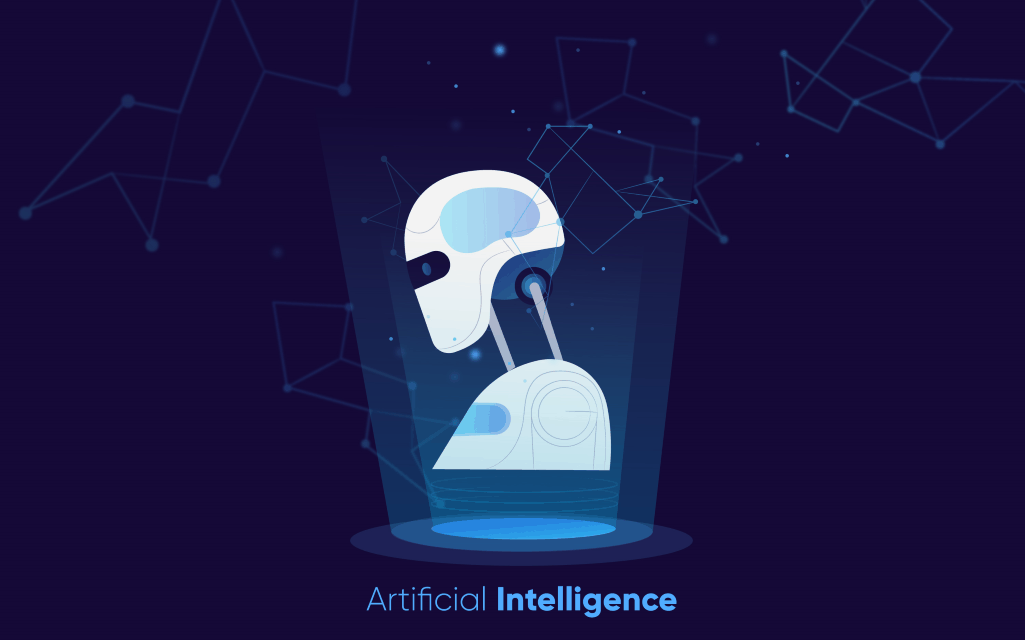 Nowadays, artificial intelligence is a part and parcel of people’s life but only several years ago the only places we could see how it works were films and online videos. Many people would argue that they do not use AI on a daily basis but in fact, if you are an active user of social media and the Internet, you do that automatically.

AI is closely connected with ​machine learning​ and many individual even mix these two terms being confident that they are synonymous. However, not everyone can give a clear definition to both of these notions and mention what difference is there between them. Is it possible to create an artificial intelligence app​ without machine learning? The answer to these and many other questions connected with these two terms you will find lower.

To understand what exactly is hidden behind one or another term it is important to learn its definition.

AI is one of the computer sciences that is focused on providing computers and other machines with human intelligence. It means that scientists put effort to teach machines to plan, understand different languages, recognize objects and speech, learn and solve problems.

AI can be of two main types:

-General: when machines are provided with the range of human intelligence characteristics at the very high level;

-Narrow: when a machine specializes in one or couple of activities characteristic of a human.

The number of the tasks that are considered to be ​AI changes with every passing year​. For example, modern machines are capable of recognizing character optically but today it is not considered something extraordinary and is often excluded from the list of tasks referred to human intelligence. In the biggest part, these are actions connected with learn in something new and problem-solving skills.

The notion of machine learning

ML is known as an algorithm category that makes software apps more predictable concerning outcomes without explicit programming. It means that when you create an algorithm to get the input data and analyze the statistics you get an accurate prediction of the outcome.

The ML algorithms are divided into supervised and unsupervised. The first ones need a qualified specialist like a data analyst or scientist to complete the training, while unsupervised ML is based on deep learning approach and are used for processing tasks that are more complex.

Machine learning is often used in modern applications. The most popular example is FB News Feed aiming at personalizing every user’s feed and showing the pages of those people a user used to be interested in earlier. The system analyzes the user’s activity and offers results according to it.

Other fields where machine learning has taken a dignified place in customer relationship, business intelligence, human resources etc. where it helps to identify important characteristics as well as self-driving cars that work on the basis of deep learning approach.

Difference between AI and machine learning

If you read the definitions of both these terms once again, you will see that they are connected between each other. The truth is the following: machine learning is the way artificial intelligence is achieved. ML plays a vital role in building apps with artificial intelligence as it simplifies the process significantly. In addition, without machine learning it would be necessary build an abundance of complex code lines that is highly painstaking and time-consuming.

Today, many developers leave the idea to provide machines with accurate instructions. The app development process is dominated by training the algorithm with a huge amount of data and letting it improve thanks to that.

One more feature that makes ​artificial intelligence and machine learning​ different is the number of tools used. ML uses a restricted number of tools while AI tools are rather numerous and various. These are not only neural networks, decision trees, reinforcement learning characteristic of ML but also many other ones including methods on the basis of statistical data, economics and probability as well as maths and search optimization.

The future of AI and ML

If only several years ago artificial intelligence seemed only a miracle that is impossible to achieve, today it is an everyday practice that eases lives of many people. With the AI growth in prominence machine learning has also received a new stage of development. Such world’s giants as Microsoft, Google, IBM implement machine learning algorithms to cover a range of activities and improve user experience, so it is not difficult to suppose that both these technologies will continue to be developed and researched.

The modern direction in AI research is devoted to the creation of more general applications and machine learning is one of a few ways to achieve that. AI models are subjected to an intensive training of their algorithms to improve their capability of performing one task at the highest level or making them more flexible and teaching them to apply received knowledge to other future solutions.