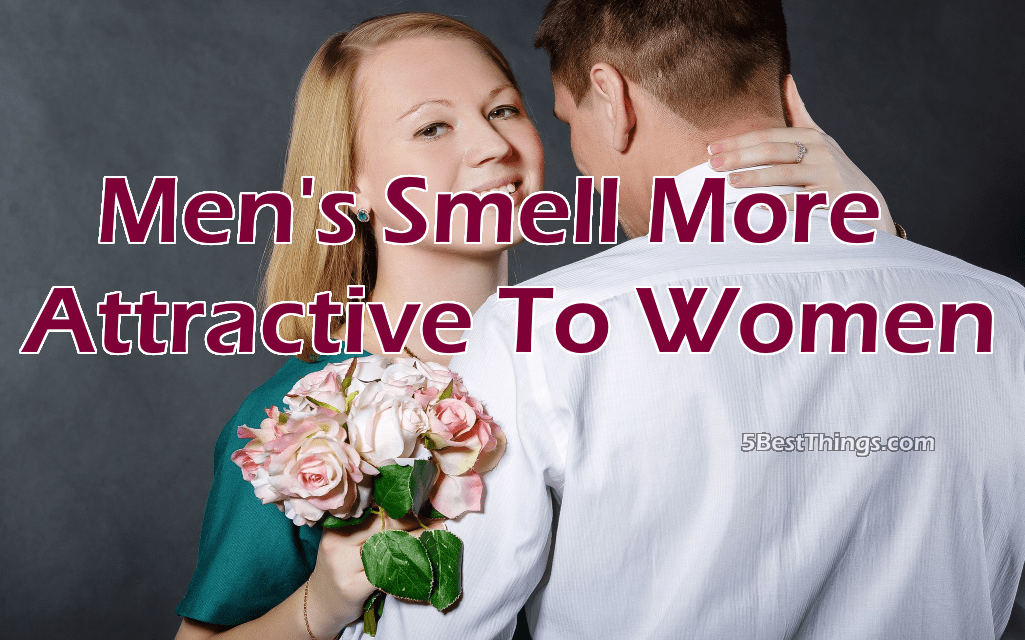 Testosterone is one of the most important male hormones which is said to have a million health benefits. You might already be aware of them, aren’t you? Well, the long list of benefits doesn’t just end there. In fact, there are dozens of ways in which high levels of testosterones can in actual make a man look and smell more attractive. For some, their looks and the way they smell takes a priority over their health. Are you one among them? If yes, stick around to understand as to why high T levels in men appeal to women in direct and indirect ways.

A study published in 2013 in the Journals of Evolution and Human Behaviors revealed the fact that women are more attracted to the smell of men during ovulation – all because of the testosterone filled scent they give off. In order to test as to how a women’s sexual scent preference change, male volunteers were given T-shirts to wear for two consecutive nights. They were in fact prohibited from using scented detergents, soaps, and even the colognes.

The men measured with specific high hormone levels of testosterone and cortisol were banned from drinking, smoking, and having various pungent foods. After this, the female volunteers in various stages of their menstrual cycles were asked to sniff the men’s shirts. On a scale of one to ten, they were asked to rate the sexiness, pleasantness, and the intensity of the smells.

As according to another research, it was found that women at a higher fertile stage in their cycle rated shirts having the most pleasant and sexiest smell when higher levels of testosterones were detected. Whereas the ones with higher levels of cortisol, a hormone attributed to a stronger immune system, women showed no preference. Despite such results, researchers believe the link between testosterone and attractiveness must be explored further. As this is a controversial research area and studies are often highly inconsistent.

Why Can Women Sniff Out The High Levels Of Testosterone?

Those men who have high levels of testosterone oozes with masculinity. Which means being more muscular, stronger, and with a more dominant presence. But, not does it make a man look more attractive, but smell more attractive too. We do understand this fact very well. But, what we don’t understand is what helps make women sniff out higher T levels and driven them wild.

Androstenol is a chemical compound equivalent to the best colognes for young men which drive the ladies wild. This is the compound which contributes to the musky smell of body odor. In comparison to women, it is produced much more in quantity in men. In fact, testosterone levels in a man’s body as suggested by the researchers may be linked to the production of these molecules.

A study published in the journal Archives of Sexual Behavior even found that when a group of men increased their androstenol levels, they encountered an increase in sex, as well as more frequent kissing/affection/petting too. An increase in the informal dates with females was also reported. However, whether these chemicals are signals of masculinity or just a by-product of them, still remains unclear.

Different Ways Testosterone Can Work Its Magic For You

High levels of testosterone aren’t just helping to give a man a stronger, more dominant, and a more masculine presence with an attractive smell which women dig. It works in different ways apart from the above to make the ladies go wild. Here are a few ways you need to take a look at:

Will you believe the fact that researchers have found aging not to be directly linked to the reduction of libido? It’s true. In fact, it’s actually the decrease in testosterone levels that’s responsible for causing the trouble. So, if you manage to maintain the high T levels even when you get older, you won’t go through any noticeable lack of sexual desire.

Most of the women are turned off due to the presence of the body hair. But, when it comes down to  facial hair, there’s something about it that speaks to women on a deeper subconscious level. That’s why men who’ve grown beards seem to suddenly begin attracting more women than before. Though, proper grooming is important. It will speak volumes about you. In case, you are one of those guys who often struggle to grow a full beard, testosterone could be the answer.

Did you know about this? Testosterone is the reason which increases the size of the vocal cords during puberty. Although in many cases it has been seen, people taking anabolic steroids to go through the deepening of the voice too. But, irrespective of your age, a good amount of free testosterone circulating in the blood can deepen the voice without the help of steroids.

Building muscles are one of the reasons why men go to a gym. And, a good trainer in order to achieve this goal advice their students to perform compound workouts. Why? Because these exercises are the ones that help to increase the T levels in the body as compared to the isolated exercises. So, the more T in your blood, the more lean, mean man muscle one develops which every woman falls for. So, are you going to get started today?

Every woman craves for a man with a little aggressive streak in him. Certainly not in a violent way, but in a way that gives you more in a control of the things around you. Afterall, there’s nothing better than a man in control for a woman.  And, to achieve that edge to become more aggressive in dealing with life’s situation, testosterone is the best option.

So, yes, testosterone plays a significant role in a man’s life in ways you would not have begun to imagine. Keep working hard to maintain a stable level of testosterone, if not higher. Not, everyone’s made the same way, so that’s okay.

Suffering from an abusive relationship poisoning your life? 5 steps to help you get out of it with minimal damage

Maintaining a Close Relationship with Parents in Assisted Living

What should I write in Valentine’s cards for him

Five Gift Ideas for Those Who Love Fall

10 Strategies for Solving Marital Problems: How to Save Your Relationship

How to Handle Unwanted and Curious Questions Intelligently