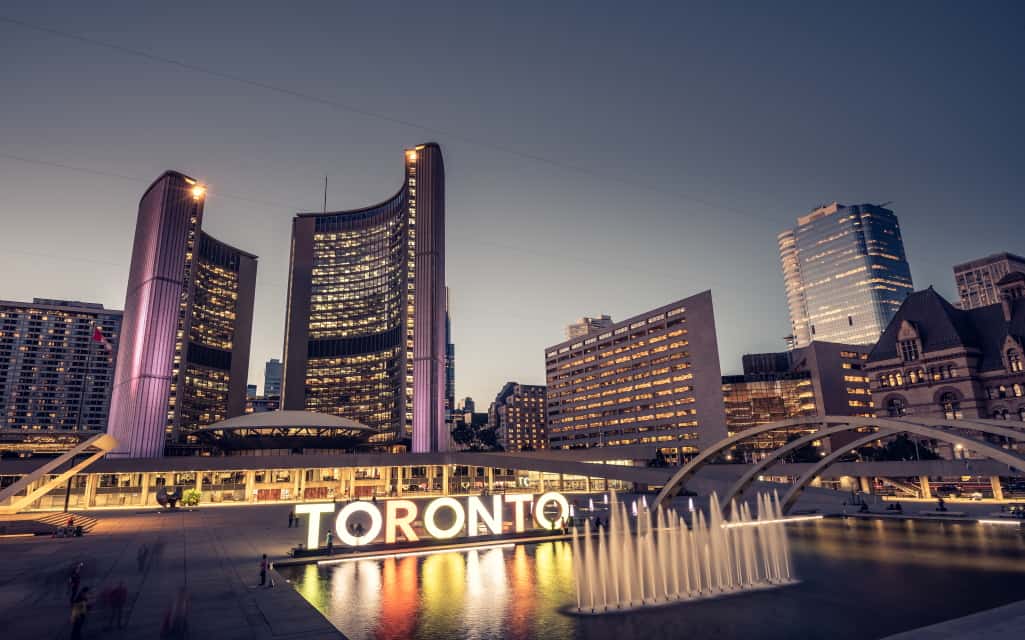 To date, Canada’s largest city, Toronto, currently has more cranes in the sky than anywhere else in North America.  In fact, Rider Levett Bucknall Ltd., which counts the number of active construction cranes in 13 cities across the U.S. and Canada, found Toronto had 120 cranes at work as of July, 2019.

As Toronto’s landscape continues to grow, a building spree of notable projects are picking up momentum.

Here is a spotlight on some of the GTA’s hottest real estate projects.

The $3.5 billion Union Park project by Oxford Properties Group is slated to be one of the largest mixed-use project in the city.  The development will consist of twin curved 58- and 48-story office towers and apartments surrounded by a public park, and will bring new mixed-use office, residential, and retail spaces to downtown.

CIBC Square is a two-tower development which will add 3 million square feet of space and a new Microsoft office upon completion.  Sitting on 81 Bay Street, the first of the two towers will feature 49 floors and as well as state-of-the-art offices and collaborative spaces, with expansive views of Lake Ontario and Toronto’s skyline.

Sam Mizrahi of Mizrahi Developments is the developer behind The One, now under construction at the intersection of Yonge and Bloor Streets.  When it’s completed, The One will be an 85-storey, more than 1,000-foot-high residential skyscraper with 416 condominium units, multi-level retail and a hotel.  Most recently, Hyatt’s luxury boutique hotel brand, Andaz, signed on to occupy the tower’s fourth to 16th floors.  The $1 billion skyscraper is taking the place of the former site of Sollery’s mens’ clothing store.

The Lakeview Village that aims to transform Mississauga’s waterfront is a collection of 25 groups in construction, design, architecture and transportation. Construction on the project, which is redeveloping land that used to belong to the Ontario Power Generation Station, is set to begin in 2021.  Developers are hoping to create a self-sustaining community with homes and jobs for up to 17,000 residents, plus shops, restaurants, entertainment and parks near Lake Ontario.

Another tower is underway in Downtown Toronto, Cadillac Fairview’s 160 Front Street West.  The new 46-storey tower is estimated at $800 million and will add 1.2 million square feet of office space and over 12 thousand square feet of retail space to the Financial District, responding to historic lows in office vacancies.

How Counselling Can Help You? Best Counsellors In Victoria Bc