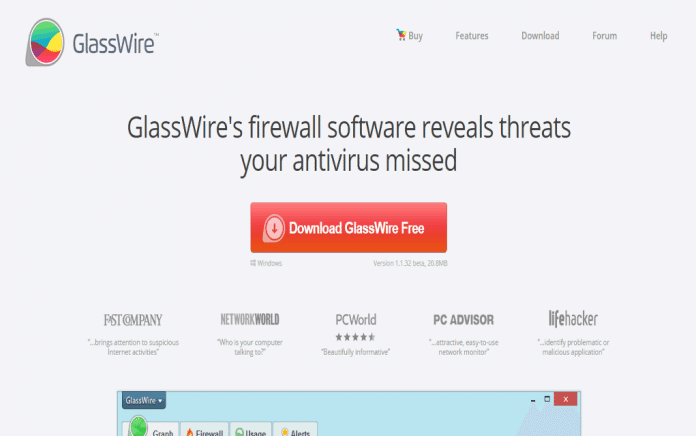 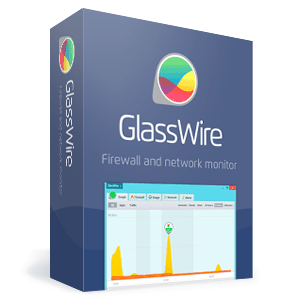 GlassWire is a next generation firewall that visually shows you threats your antivirus missed. The GlassWire application does not replace your antivirus, but instead it works in conjunction with your antivirus to give you extra protection.
The paid version of GlassWire gives you the ability to block connections before they happen, and allow or deny them. GlassWire’s paid version also warns you if an app is using your webcam, or mic, without your permission along with many other powerful security features. 5BestThings.com readers can try GlassWire free now by clicking the “Free Trial” below.

GlassWire is a new type of firewall that helps you understand what your computer is doing over the network. .

After installing GlassWire you’re able to see in detail what apps on your PC are accessing the network, and you can also see what hosts those apps are communicating with. For example, if you notice an app is using a lot of bandwidth and communicating with a server in a country you don’t recognize you can then “scan” the app and see if it’s a virus. Any time a new application accesses the Internet GlassWire lets you know with a discreet notification. Don’t like notifications? No problem, switch to “Snooze” mode or disable the notifications in GlassWire’s settings.

It seems like every day you hear about a new vulnerability or threat for Windows. Unfortunately it’s difficult or impossible for the antivirus companies to keep up, so it’s great to have an extra set of eyes to keep watch over your computer 24/7. 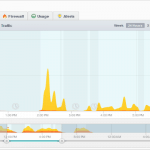 GlassWire is a new generation of firewall that visualizes what your computer is doing on the network. The theory behind GlassWire is that any type of malware attack or privacy violating app is going to make some type of network related change to your PC. Therefore, GlassWire visualizes your network activity on a beautiful graph. The graph watches your PC when you’re away also, so you can go back in time and check what network activity happened during the night on your PC. Did you see a massive spike in network usage during the night? You can then click the spike on GlassWire’s graph and see in detail what app caused the spike, and also see what host the app was communicating with. 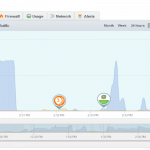 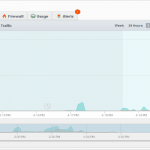 GlassWire’s main feature is its network security monitoring. View GlassWire’s beautiful graphs to easily see what your computer is doing over the network. GlassWire also keeps tabs on what servers your computer is talking to, and if it’s communicating with a known malware or phishing site GlassWire immediately warns you of the danger.

Another powerful GlassWire feature is GlassWire’s network time machine. Go back in time and see what your computer was doing while you were away. Did you see a big jump in bandwidth, or find a new application calling out while you were at lunch? Click the graph and see what was happening in detail, then scan the app to see if it’s malware.

GlassWire can also save you money by keeping an eye on your bandwidth. Go to the “Usage” tab to see in detail what apps are using up your bandwidth and block any that are slowing down your network. You can also set a limit to your monthly bandwidth usage so if you get close to going over your limit GlassWire can warn you. 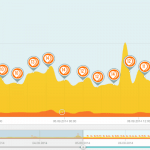 Do you have a suspicion that someone is logging into your WiFi without your permission? Go to GlassWire’s “Network” tab and see what all is connected to your network. Did some new unknown device just sign on? GlassWire will warn you of new unknown computers that joined your WiFi.

If you buy the paid version of GlassWire you can add many extra security features to your PC. Change GlassWire to “Ask to connect” or “Block all” mode when you’re away from your PC to be sure there isn’t any network activity taking place that you didn’t specifically allow.

GlassWire can also watch your webcam and microphone and let you know if a malicious program is accessing it and potentially watching or listening to you without your permission. The paid versions of GlassWire also have a mini graph to help you keep watch over your network activity, plus longer network history, the ability to monitor multiple servers, and much more.

GlassWire is a great new type of firewall that helps you watch your PC for threats and privacy violations. Use GlassWire to catch privacy violating apps, and sometimes malware. If you want to easily understand what your computer is doing behind the scenes, with or without your permission, another layer of protection then GlassWire is the firewall for you.

You’ve Been Hit by Ransomware — Now What?