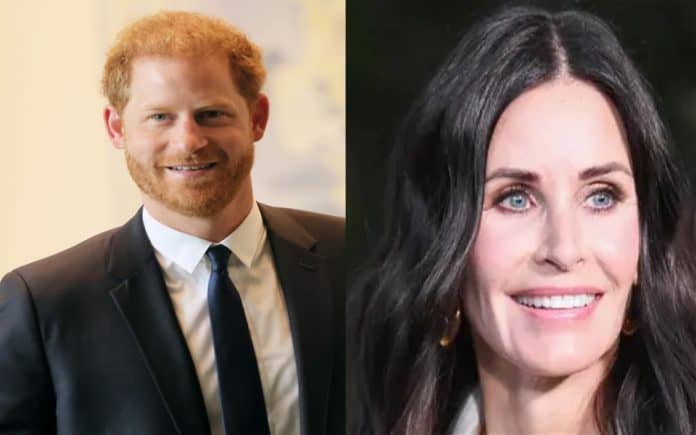 In his memoirs, “Spear”, Prince Harry revealed shocking details about  his personal and royal life, including his consumption of “hallucinogenic mushrooms” at the home of the famous series star, Courteney Cox.

In his book, which was released on Tuesday, January 10, the Duke of Sussex writes that he went to Courteney Cox’s house to celebrate and there he ate a small amount of hallucinogenic mushrooms.

He explained in his memoirs that Cox was at the time traveling for work, and she did not mind his presence in her home, noting that the idea of ​​being in the star’s house was very amusing, especially since he is a fan of the Friends series.

Referring to the character “Monica Geller”, played by Cox in the series, and her partner, “Chandler Bing”, played by star Matthew Perry, Harry explained that he felt attracted to the star, saying: “I was still confused because it was Monica, and I was like Chandler, I wondered if I’d be brave enough to tell her. Was there enough tequila in California for me to be so brave?”

And about the details of his abuse, Harry revealed that he discovered a huge box of black diamond mushroom chocolate, and there he grabbed several of them, devoured them, washed them down with tequila, and then fell under the influence of hallucinations.

The Duke of Sussex explained that he went to the toilet, and there he saw a silver trash can with a foot pedal to open the lid, and as he stared at it it turned into a head and the lid began to open and close as if to speak, saying: “I laughed, turned away, and started peeing, and then the bathroom turned into a head too. It was The toilet is a hole, and the seat hinges were piercing silver eyes.”

5 Ways to Connect With Friends During the Pandemic