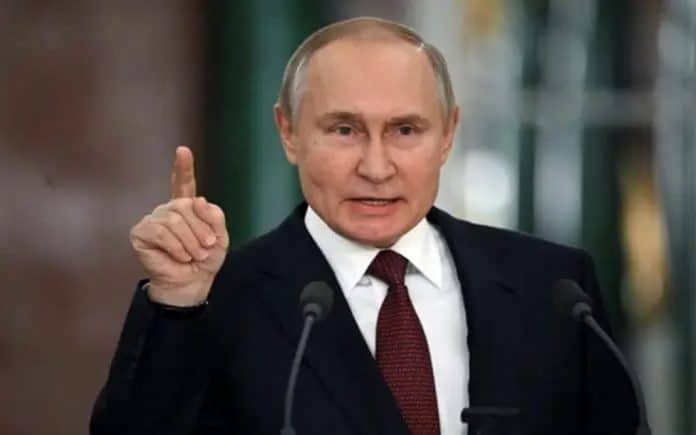 In the spirit of Christmas, Russian President Vladimir Putin has declared a cease-fire in Ukraine from noon on Friday to midnight on Saturday. Meanwhile, Turkish President Recep Tayyip Erdogan is offering his assistance for peace negotiations between Russia and Ukraine – with Kyiv insisting that full withdrawal from Ukrainian territory is the only way to bring an end to this conflict.

Today, the Kremlin issued a statement requesting Ukraine to announce a cease-fire and permit citizens to attend religious ceremonies on Christmas Eve and Day. President Putin ordered that this truce should start at 12:00 noon Friday until midnight Saturday.

This past Friday and Saturday, on the auspicious occasion of Christmas, Patriarch Kirill–the Patriarch of Moscow and All Russia–urged all warring parties in Ukraine to lay down arms for a period so that people could freely visit churches to offer prayers.

At 12 noon on the sixth of this month, Kirill proclaimed a ceasefire until midnight on the seventh; yet Kyiv denied his proposal, branding it as propaganda from someone who they think backs the aggression against Ukraine.

According to Andrei Yarmak, Ukrainian President Volodymyr Zelensky’s proposed peace plan of withdrawing Russian forces from all Ukrainian lands is the only path towards a resolution in Ukraine and Russia’s conflict. This plan particularly emphasizes the removal of troops from Crimea as well.

In a tweet on Twitter, he further declared that the Russians will inevitably have to withdraw their forces from Ukraine or lose tens of thousands of soldiers if they decide to stay any longer.

Today, Turkey’s President called upon Russia to take action and implement a cease-fire in Ukraine. This comes as the latest step towards ending the Russian war against Ukraine, which has been going on for several months.

Erdogan is offering to help broker a lasting peace between Russia and Ukraine, according to sources. In his recent call with the Ukrainian president, he declared that he was ready to mediate a solution in order to bring an end to their ongoing conflict.