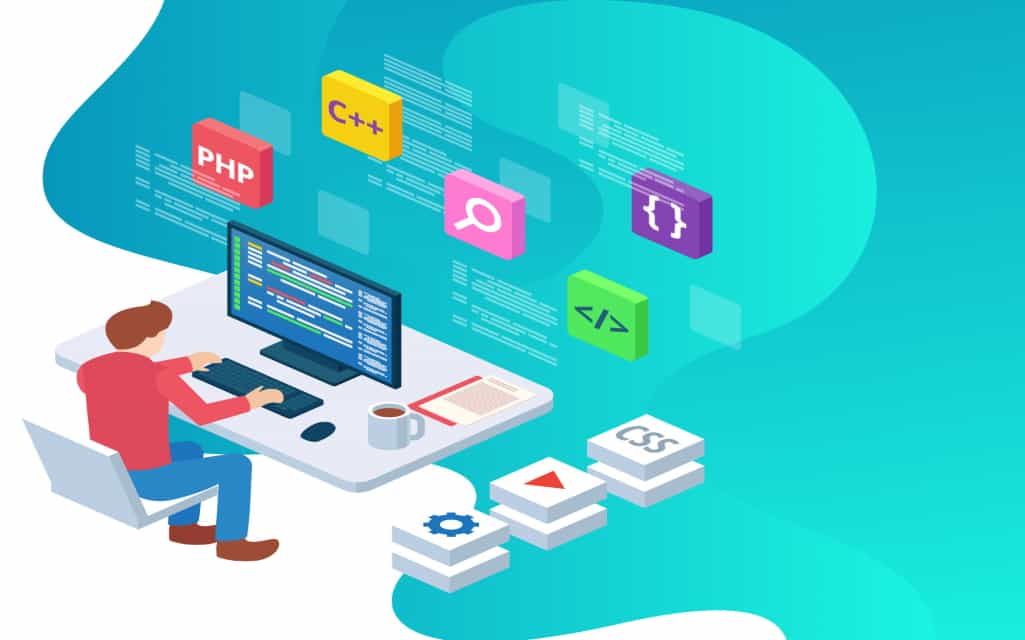 Ever since software has entered every branch of our lives – finance, healthcare, transportation, education, and others, developers are challenged by an increasing number of security attacks. It’s crucial for businesses to find app developers that are mindful of security issues and know how to design project-relevant use cases for testing that help avoid data leaks and breaches.

Since security vulnerabilities are constantly evolving, we don’t have advanced detection mechanisms for some of them. Attackers can exploit server plugins, connected devices, and other system components to get access to data, be able to steal, hijack, or change it.

How can app developers stay in charge of their projects’ security? Here are top data security practices business managers should keep in mind to reduce app development cost.

As web app developers scale their projects, they might struggle to avoid a growing number of security exploits and vulnerabilities. Security is one of the most affected domains for scalable applications. By getting more attention to the product, web app development companies attract hackers as well – more and more attackers are eager to get ahold of the data a company stores.

That’s why user data security should be a priority for rapidly-developing teams. To make sure you’re not putting your users’ sensitive information in jeopardy, follow the tips below.

1. Determine which data should be protected in the first place

Not all personally identifiable information is equally sensitive. The hijacking of certain records – such as financial data, home addresses, or medical records, has much more extensive implication than that of a person’s first name or birth date.

The first thing an app developer needs to validate is whether storing highly sensitive data is vital to the product’s functionality. Chances are, the app can cater to users without processing confidential records. Make sure you are not collecting sensitive records ‘just in case’.

2. Update all software tools you are using

When trying to access systems, third-party attackers try to find a path of least resistance. Usually, following through with the attack is much easier if the project team uses outdated software modification since the exploits of the older versions of most tools are well-studied by hackers.

Web app developers for hire, for instance, heavily rely on using third-party frameworks and libraries. The most common app management tools are:

As soon as a security exploit in any of these tools is found, it’s published online and shared among hackers. To lower the odds of attack, app developers should follow the latest patch releases and install them right away. This way, the most common means of attack will no longer apply to the web app.

Hijacking user data is not the only threat brought by security attacks. Getting access to system settings is another goal hackers pursue. When companies look for a low hire app developer cost, the project might get exposed to access-based threats.

Instead of giving all website visitors an equal range of decision-making power, you should create a well-defined system of data sharing. A business manager needs to understand how much access is needed for the app moderation team and not give the team access to operations they don’t carry out as a part of job responsibilities.

Should a third party infiltrate into the system, using one of your employees’ account, the damage dealt will not be too grave, since the user didn’t have the access to the bedrock features of the platform.

It’s a common misconception to assume that client-side validation is an all-powerful web app security testing measure. Although it, indeed, protects users from system malfunctions – wrong data has been accidentally entered, a database field was missed, it offers no contingency plan against malicious intent.

To make sure the system will not let users inject malicious code into the app, don’t pass on server-side validation.

Since app development cost varies among development companies, you want to look for specialists that are aware of database security exploits. User data should under no circumstances communicate with the database directly, without undergoing validation. Skipping on input sanitization leads to a high number of successful SQL injections and can put the entire system in jeopardy.

Sanitizing query strings, forms, and queries is a common security practice for high-performing app teams. This way, businesses protect data records from cross-site-scripting and other attacks.

6. Update the backup versions of the app

Other than protecting the app from security attacks, you want to avoid collateral damage in the worst-case scenario. To make sure hackers cannot take your software down irreversibly, keep an off-site backup and update the file regularly. This way, you will be able to get the app up and running after an attack without losing visitors and increasing system downtime.

Reaching out to a hosting provider and asking for backup storage is a common practice as well.

Data encryption is a way to store application records in a tamper-resistant way. At first, the plain-text data is encrypted using an algorithm. There’s a key to match every encryption algorithm. The resulting string of characters – ciphertext – can be converted back to plaintext after it’s been decrypted with the fitting key.

There’s another approach to data encryption – an asymmetric one – that mitigates the issue of having to store too many security keys. When choosing this method, agile web app development teams have two encryption keys – a public and a private one. The most common asymmetric cryptography algorithm is the Rivest-Sharmir-Adleman algorithm.

Ensuring the data security of a rapidly scaling system is a challenge for teams. The good news is, the majority of prevention mechanisms are well-researched, widely implemented, and offer efficient protection from most existing attacks.

When increasing the attack-resistance of the software, make sure you implement protection on all application layers and prioritize the need for data protection correctly. Despite a common misconception that using older tools and frameworks is more secure as it’s more stable, the contrary is true.

Using modern security protection tools gives developers a higher level of protection against nascent threats. Don’t hesitate to manage data security proactively, while keeping the history of previous threats in mind and learning from past mistakes.