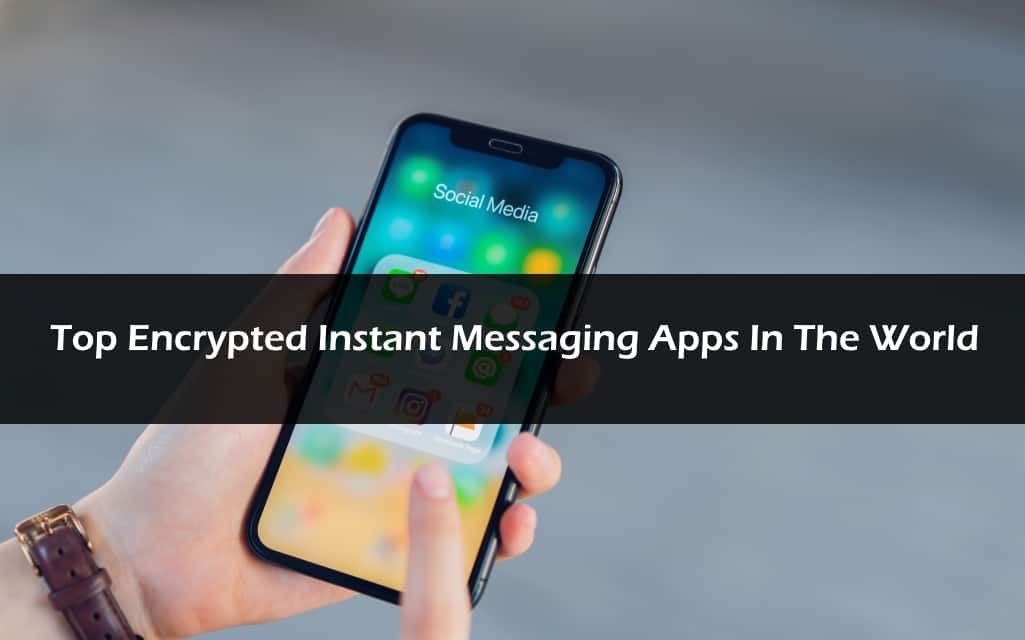 With headlines of data hacking and security breaches everyday, we are becoming much more aware of our digital presence. Many app makers are now busy developing apps that are secured with high encryption standards and an end to end encryption. As millions of people worldwide rely on their smartphones to exchange their information, having the best encrypted instant messaging app is crucial.

What is an end to end encryption?

It is a secure communication method where only the communicators can read the messages. The message cannot be accessed by a third-party(service providers or the government) as it will be stored with them in an encrypted format.

The recipient can retrieve the encrypted data and decrypt it themselves. Thus, with an encrypted messaging app, the user can effortlessly share the information with their co-workers, friends and family.

So, if privacy and confidentiality is a vital component for the user, then here are the top five most encrypted messaging apps in the world that will protect their user’s data.

Available for iOS and Android smartphone users, Signal is the top most encrypted app available. It is one of the very few instant messaging apps that has been endorsed by Edward Snowden. It is free for all encrypted instant messaging solution that offers voice calls, group messaging and attachments.However, the highlight of the Signal app is that it does not require exclusive login access or an OTP(One-Time Password).

Being considered as the second most encrypted messaging apps, Telegram requires your phone number for its usage. The highlight of this messaging app is that it is device-specific. There is an option for starting secret chats in its settings. It also comes with the essential features of voice calls, group messaging and the works.

Similar to Skype, this encrypted app was first designed for iOS users in 2012. Then it was made available for all platforms of Mac, iOS, Android, and Blackberry. Viber has introduced end-to-end encryption technology in its latest update. Apart from being a secure messaging app, this app allows its user to play games, follow public accounts, share media file, and so on.

Highlights of the App:

One of the most popular and most used a secure instant messaging service for Android and iOS users. WhatsApp messaging is used by more than a billion users worldwide and was acquired by Facebook in 2014.

Similar to the Signal app, WhatsApp partnered with Open Whisper Systems to implement end to end encryption systems in their interface. This encryption technique lets the communicators read the messages without third-party access.

However, these apps have also had their fair share of controversies as well. If the user is looking for a solution that protects their information shared with their organization, the Microsoft Kaizala is a wise choice.

If you want to protect the messages of your enterprise from malicious hackers, spies and other threats, then Kaizala is a perfect solution.

It is a simple and secure phone number supported chat app that is specially designed for workplace communication. The user can create a network between their co-workers, vendors, partners and suppliers.

We live in a fast-paced digital world where our data and privacy matters the most. If you are looking for a solution that provides with an even more secure platform, the Microsoft Kaizala would be the editor’s choice.