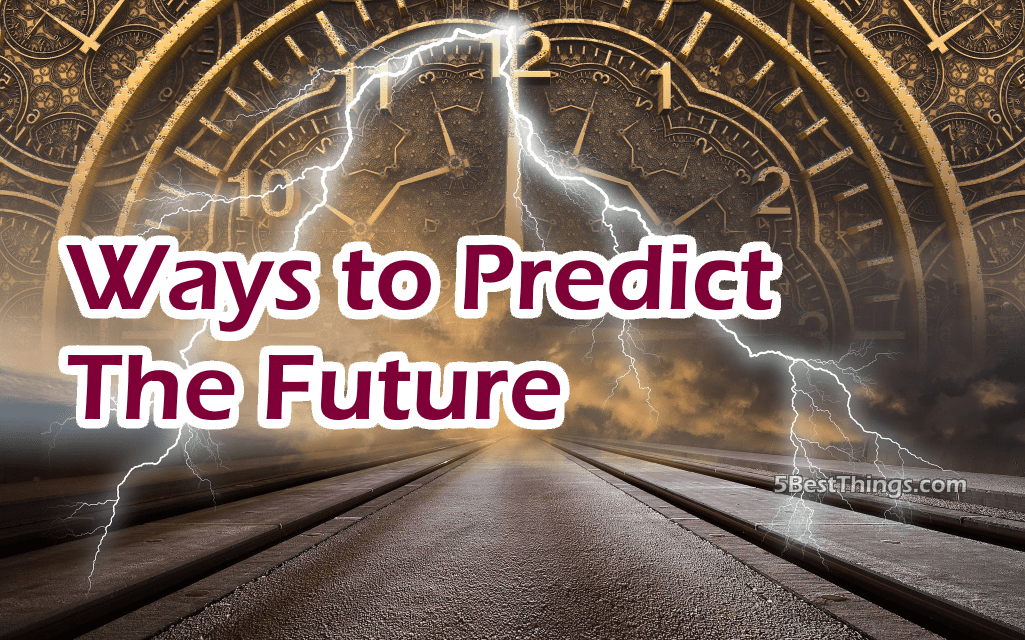 Each of our five senses takes in information from the environment in unique ways. The ticking of a metronome or a grandfather clock can be heard. Music on a violin can be played fast or slow, marking the passage of time differently. The brain takes in, unconsciously, a sense of the seconds passing with the tick, tick, tick of a clock or the sound of a country music star picking a guitar string. The sun can be seen crossing the sky. The brain synchs its circadian rhythms with the length of the day. An imbalance in the perception of time can result in sleep disorders and a feeling of being jet lagged. Daily changes in the electromagnetic cycles of the earth can be felt through the skin.

1- Predicting the Future or How To Catch a Ball

At the top of the right and left side of the brain, the parietal lobe is involved in the ability to catch a ball or imagining the timing of when the ball will arrive at a certain point in space. Practicing throwing and catching a ball in an exercise where you throw or catch the ball every second or every two seconds, paying attention to the timing can exercise hand, eye, and brain coordination. Researchers put it this way,

The perception of external stimuli is integrated by parietal cortex to the time scales for a count of milliseconds and seconds intervals. Particularly, lateral intraparietal area [a part of the parietal lobe] was associated to time perception. Moreover, Maimon and Assad demonstrated a wider participation of neurons on lateral intraparietal area in timing the execution of movements in response to external stimuli. They support the idea that activity of the LIA has a probability in determining if an event is about to occur.

2- The Sum of Environmental Stimuli

One strategy in balancing circadian rhythms and improving the relationship with time is to occasionally pay attention—be conscious of the passage of time—listen for the ticking of a clock or measure the heart beat. How many beats are there per minute? As a 2016 study explained,

The perception of time is the sum of stimuli associated with cognitive processes and environmental changes. Thus, the perception of time requires a complex neural mechanism and may be changed by emotional state, level of attention, memory and diseases. Diverse brain regions associated with the sense of time (frontal cortex, basal ganglia, parietal cortex, cerebellum, and hippocampus) are responsible for receiving, associating and interpreting information in fractions of milliseconds, seconds and minutes.

Paying attention to the timing of movement, counting the seconds while walking, and feeling the rhythm of time can influence brain chemistry and improve walking smoothness in movement disorders like Parkinson’s disease that involves dopamine or Myasthenia gravis, which involves acetylcholine. Timing is about knowing when we will reach an uneven crack in the sidewalk and how to respond when we do. According to Rhailana Fontes and colleagues,

Dorsolateral prefrontal right cortex is considered as the region most involved in time perception. The modulation by brain neurochemistry and integration with other brain areas such as the cerebellum and basal ganglia have been highlighted by dopamine, which appears to be related with perception of seconds to minutes, and associated to the frontostriatal circuitry. On the other hand, the acetylcholine is related to memory and attention on tasks involving time perception.

The parietal lobe is also involved in determining when an event happened. Did the fish leap out of the water and catch a mayfly or did the mayfly leap into the fish’s mouth. In which order did things happen? Researchers noted a difference between what happened and what people perceived happening first. Our perception of the order of event is influenced by what we expect to happen first. The brain set up a conflict or temporal [timing related] illusion between what was expected and what really happened.

A novel temporal illusion in which the perceived order of events is dictated by their perceived causal relationship. Participants view a simple Michotte-style launching sequence featuring three objects, in which one object starts moving before its presumed cause. Not only did participants re-order the events in a causally consistent way, thus violating the objective temporal order [the order they actually happened in], but they also failed to recognize the clip they had seen, preferring a clip in which temporal and causal order matched. We show that the effect is not due to lack of attention to the presented events.

Have someone throw you a ball. Before or after they throw the ball they should make a face or smile. Are you always correct on whether they smiled before or after throwing the ball? This exercise will force you to pay attention to what happened first.

5- Time Metaphors and the Claustrum

The right claustrum, an area associated with consciousness has been linked to the consciousness of time and the ability to use time related metaphors. A 2016 study had participants read sentences that describe the timing or events associated with movement verbs, like crawl. (ie) The hours crawled until the release of the news. Comparison conditions were fictional motion like the trail crawled until the end of the hills and literal motion, the caterpillar crawled towards the top of the tree. Several areas of the brain were activated by these time related metaphors, including the right claustrum. It didn’t seem to matter whether the time was related to an actual movement like a caterpillar crawling or a fictional movement like a trail crawling.

Fictive and literal motion contrasts did not show this difference.

Consider how you talk about time. What metaphors do you use? Does the summer race by? Does the grocery store line drag? What activities do you have in your life where you rely on timing? Do you have time to buy milk before you pick up the kids? Should you stop or will the light still be green when you reach it? What does time with friends mean to you?

5 Ways to Improve Your Life for a Brighter Future