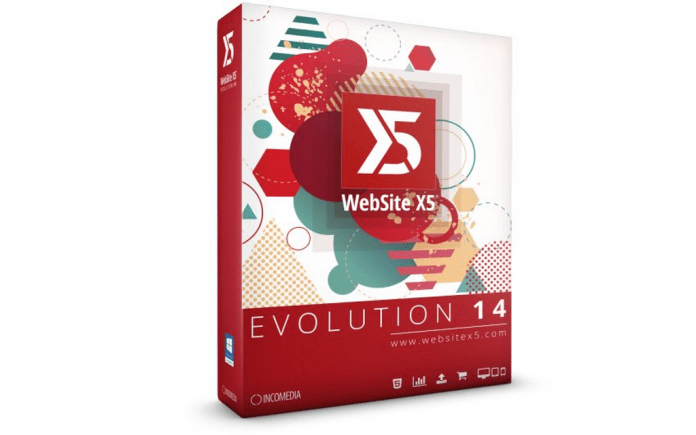 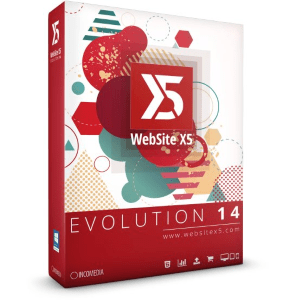 Evolution 14 of WebSite X5 was launched in October 2017 and came with several new features. With the new release, Incomedia kept in mind the users’ wishes for improving the new version. The developers’ aim was to work on usability, graphics and performance.
The dev-team launched a software product, which makes creating striking websites and professional online shops easier than ever.

Evolution 14 features at a glance:

As the upper-class consumer version of Incomedia’s new WebSite X5 14, Evolution 14 offers everything consumers need to create their own professional website.

The obvious advantages of WebSite X5 are the step by step introduction into the space of programming. The Evolution version includes extended functions for search engine optimization as well as responsive web design. No matter what device the user is on, the website will adjust its layout and position to the respective device.

Whether the user wants to create a blog or originating an online shop, Evolution 14 has the tools to make the construction look easy.

Start from scratch by using the Drag & Drop Builder for the page creation. It allows you the chance to place textboxes, images, slideshows and many more elements straight into the position you want. 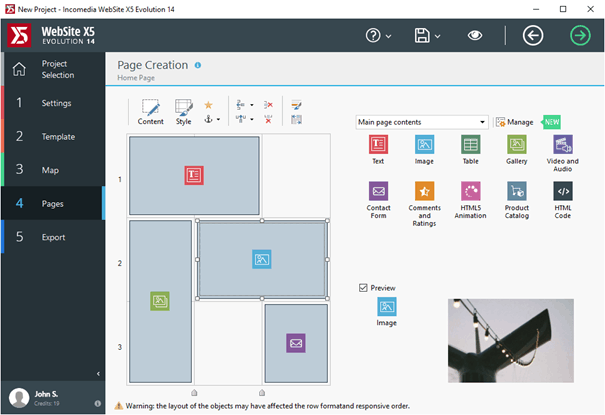 Graphics and styles for individual and responsive websites

With the Evolution 14 version of WebSite X5, it is a nice benefit to use elements as objects. Appertaining to that, the user gets access to the objects by features of the navigation menu which can be included in any template and subpages.

The user decides, where he wants to access the menu by using the new template structure tool. 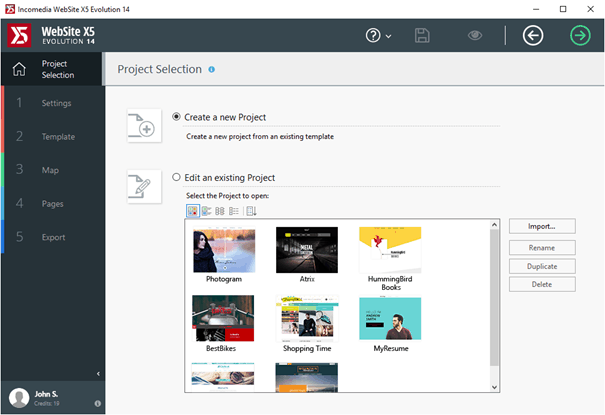 To fulfil every device requirements, the devs implemented the possibility to design a responsive site for variable display formats.

Pertaining to new elements, within Evolution 14 there is the option to bring the respective websites on another level with the new and personalisable stickybar. The stickybar is a flexible menu and lets the user have access to the menu from everywhere on the website.

In addition to the current templates from the previous WebSite X5 versions, Evolution 14 provides up to 200 new ones.

WebSite X5 14 guarantees its customers a high-quality standard to ensure that the software is always up to date.

The ShowBox renewal enables the switch between zoom, full screen mode and transitions. Especially for online shops the devs launched an update where the ShowBox includes small indicators which can be maximised by the user.

To pursue the visual improvements, parallax effects and horizontally arranged bars are some of the most wanted features by the audience. Trying different effects, testing some of the bar designs and placing certain overlay effects will only utilise a small amount of time users will spend on WebSite X5 Evolution 14. 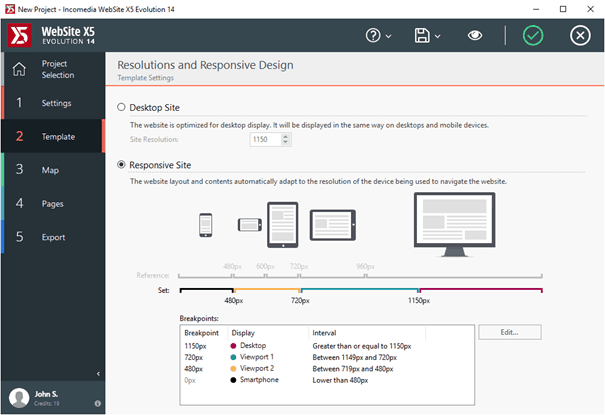 New graphic options for e-mail forms are now available for everyone using Evolution 14. But what is more important is their attractive design. They got completely renewed and look better than ever.

For settings-fanatics there will be the option to change controls in the settings.

Further changes made by the dev-team belong to the creation of fonts. Evolution 14 allows the user to use the fonts he wants. He just has to download them from the web and use them in his website or blog.

With the switch to version 14, line spacing was overhauled. You now have the possibility to add separator lines and blank spaces before and after paragraphs. To simplify font changes, there is a new alternative to do so. You can choose the font you want to use in all the website texts and a tool changes every word in every text to your assigned standard font.

Evolution 14 deals with the adjustment of the header and footer width. Both can be set to the browser width.

Another useful improvement is the dynamic title object which automatically changes to the resolution of a smartphone or tablet display when used.

For WebSite X5 Evolution 14, Incomedia focussed on usability. To warrant the simplicity of the new version, the publisher relied on their established five step creating process. By conducting minor template editor updates, the dev-team allows their users to choose a template before they even start a new project. While updating the template editor, Incomedia fixed an issue of the previous WebSite X5 versions where you had to change the standard settings to change the template. 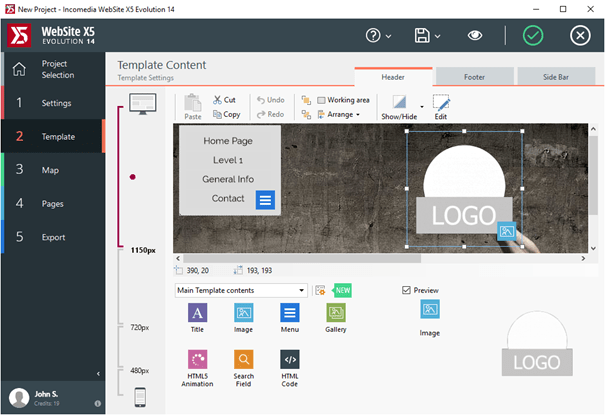 By now, the renewed template editor contains a multi-selection tool which allows the user to edit two things at a time and a grid which sticks to its position.

With the operator controls, the devs made navigated alignment and position of objects available offering the user the chance to create professional headers and footers.

In addition to that there is a mobile-adjusted element manager which changes the positioning for every display format.

Data protection is another important part of the new Evolution 14. Incomedia implemented a backup management that is easy to use. A message on his device tells the user, when there is a new backup copy that should be done.

WebSite X5 Evolution 14 is the go-to software for consumers who want to create a professional and attractive website without knowing anything about programming. With the simplicity and sharpness of Evolution 14, it allocates a top spot in the software ranking for website design. With countless new features like creating blogs and online shops, WebSite X5 Evolution 14 serves customers working in many different sectors.