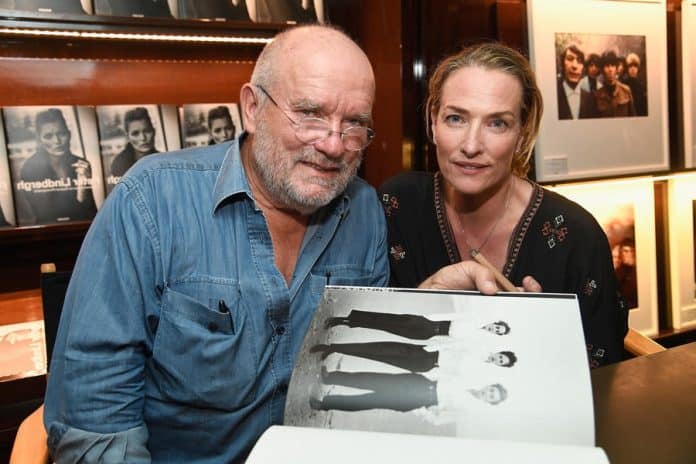 German supermodel Tatjana Patitz passed away at the age of 56, yesterday, Wednesday, January 11, 2023, after a struggle with breast cancer

And the British Daily Mail newspaper quoted Tatiana’s fashion agency as saying that the star died at her home in Santa Barbara, California, on Wednesday morning.

Tatyana, born on May 5, 1966, began her career in 1983 at the age of 17, and became famous after several years, especially when she first appeared on the cover of “Vogue” magazine, accompanied by the most important models in the world, who are Naomi Campbell, Christy Turligton and Linda Evangelista, in addition to Cindy Crawford.

After that, the star appeared successively on many of the most important international fashion magazines, and then appeared as a heroine in the video clip for the song Freedom! 90 for the famous English star George Michael.

After that, the late woman began to appear in fashion shows of the most famous fashion houses, including Chanel, Calvin Klein and Versace, until she became one of the 10 most important models in the world in the nineties.

The death of Tatiana Patitz did not go unnoticed by fashion icons in our world. Immediately after the news of her death spread, social networking sites were buzzing with her pictures and poignant words about her.

Among those who mourned the late model was Claudia Schiffer, who expressed her sadness at Tatiana’s departure, and published a picture on her page on the social networking site Instagram that she collected with her, and attached it to a comment in which she wrote: “I am very saddened to hear about the death of Tatiana Patitz. She was a real member of the group.” “It’s hard to accept that someone so young has left us. My thoughts and prayers are with her family. I’m glad I worked with her. I hope she has horses and dogs in heaven. We will miss her so much.”

As for the model, Cindy Crawford, she also shared a photo with her on Instagram, and attached it to a comment in which she wrote: “So sad to pass away the beautiful Tatiana Patitz. We were children together in the fashion world and I feel like we grew up together. We had many photo shoots and backstage shows. She was soft-spoken. “Sensitive, gentle. I can never forget her piercing eyes. Her love of nature and animals was infectious. I send my condolences to her family and especially to her son whom she adores.”