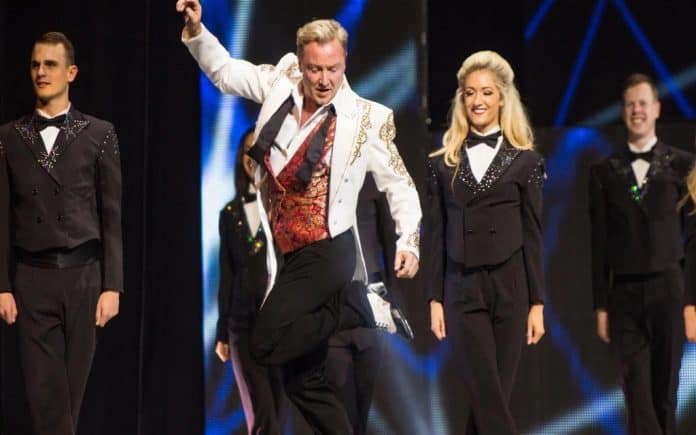 American dancer and choreographer Michael Flatley, best known for his Irish productions Riverdance, has undergone surgery for an aggressive form of cancer, according to an announcement on his official Instagram account.

Which read: “Dear friends, we have something personal to share, Michael Flatley has been diagnosed with an aggressive form “He has undergone surgery and is in the care of an excellent team of doctors. No further comments will be provided at this time. We just ask for your prayers and good wishes. Thank you. Team Lord.” The caption was accompanied by a black and white photo of the dancer standing on the beach, looking out to sea.

News of the surgery came after the Lord Of The Dance star was diagnosed just before Christmas with an unspecified form of cancer, the reports said, adding that Michael – better known by his nickname Celtic Tiger – is currently recovering from the surgery with his wife Niamh, 44, and son Michael Jenner. , 15, next to him.

Michael Flatley had skin cancer before

It is not known whether the diagnosis is related to his previous battle with skin cancer, as he was diagnosed with malignant skin cancer in 2003, and he told the Irish Independent, in 2021: “It was noticed purely by chance,” adding that the melanoma was completely dealt with and not left. No side effects.

An MTV viewer discovered Michael’s melanoma and told his assistant, after noticing symptoms of his condition during a television appearance.

Born in Chicago to Irish parents, Flatley rose to stardom after the Eurovision Song Contest in 1994, in Dublin, when his seven-minute performance of Riverdance delighted audiences and the people of Irish dance the world over.

The performance was turned into a feature-length show which opened in February 1995 at the Point Theatre, Dublin. However, after a disagreement with the show’s producers, Flatley was fired in October 1995.

Michael Flatley took his talent to the next level by crafting Lord of the Dance, a show that set box office records globally. In London alone it received 21 consecutive successful showings at Wembley Arena – an unprecedented accomplishment. His dance troupe was even given the honor of performing for former US President Donald Trump’s inauguration in 2017; although there were some criticisms, he still viewed it as an immense privilege according to Irish Independent.

He created, produced and also directed works such as Feet Of Flames and Celtic Tiger. Last year, the Lord of the Dance tour was launched to celebrate its 25th anniversary.