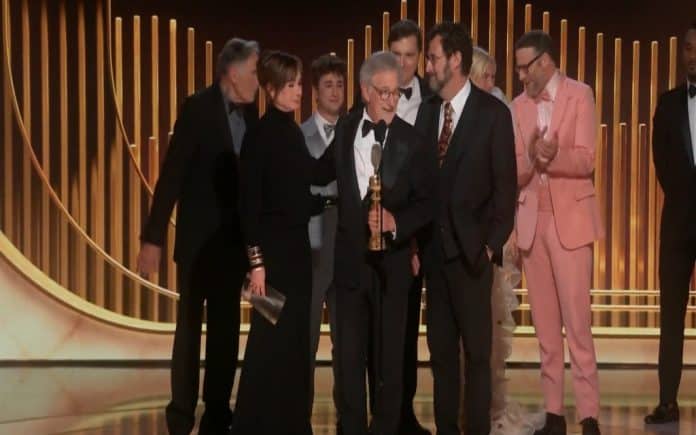 With the announcement of the names of the winners, the “Golden Globe 2023″awards ceremony in its 80th session – which was held in “Beverly Hills”, California, USA – witnessed many surprises.

There are some actors who won the first Golden Globe Award in their history, most notably: Malaysian Michelle Yeoh for her role in Everything Everywhere All at Once, American Austin Butler for his role in Elvis , in addition to American Zendaya for her role in Euphoria.

The ceremony, which was shown live on NBC and Peacock for 3 hours, was attended by many first-class stars in the world of cinema and television, most notably: Brad Pitt, who was late in arriving, in addition to Salma Hayek and Selena Gomez.

Zendaya and Australian actress Cate Blanchett, who won the Best Actress Award for her role in Tár, were also absent from it.

During the 80th Golden Globe Awards 2023, world star Eddie Murphy – who is 61 years old – was honored by being awarded the Cecil B. DeMille Award for his outstanding contributions to the world of entertainment.

Many distinguished performances were presented during the Golden Globes 2023 ceremony, which was presented by comedian Jerrod Carmichael, known for his special shows on the HBO platform, and for his comedy series, The Carmichael Show.

Avatar: The Way of Water movie

The Banshees of Inisherin – WINNER

Movie Everything Everywhere All at Once

House of the Dragon Series – WINNER

Only Murders in the Building series

Kerry Condon, The Banshees of Inisherin

Jamie Lee Curtis, Everything Everywhere All at Once

Carolina, Taylor Swift from Where the Crawdads Sing

Best Actor in a Television Series – Musical or Comedy

Steve Martin, Only Murders in the Building

Martin Short, Only Murders in the Building

Best Actress in a Television Series – Musical or Comedy

Selena Gomez, Only Murders in the Building

A little ✨ BTS magic ✨… and we’re not talking about the band #GoldenGlobes pic.twitter.com/c1JqPkIRcl

Michelle Yeoh, Everything Everywhere All at Once – WINNER

Marcel the Shell With Shoes On movie

Emma Darcy, House of the Dragon

Gina Ortega and Jennifer Coolidge are among the 2023 Golden Globes...